FREE SHIPPING ON ALL ORDERS OVER $90 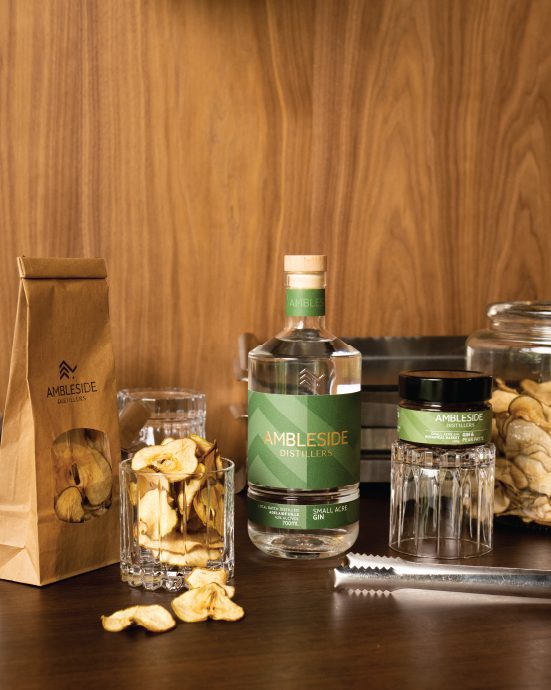 Available now with free shipping over $90

BUILT FROM THE GARDEN UP

Built on our family acreage in Hahndorf, Ambleside was built ‘from the garden up’. With an emphasis on locally sourced and homegrown botanicals that thrive in the Adelaide Hills, our spirits represent our family, our home and our passion for craft spirits.

Ambleside Distillers was founded in 2016 by Matt, Trudy and Steve and has since grown into one of South Australia’s most highly awarded and loved spirits brands. In late 2021, we expanded our production space to factor in future demand, and to diversify our offering with the installation of two Australian Made stills, a 970 litre Gin still and a 1250 litre Whisky still.

We’re a ‘big spirited’ family and we demonstrate our character and philosophy through our spirits, our people and the experiences on offer at our distillery door.

The distillery was built from the garden up on our family acreage, in the Adelaide Hills. Run by our big spirited family, Matt, Steve & Trudy Dickson.

Our on-site botanical gardens span over 500sqm. We use our botanicals for distilling and in the bar, keeping packaging and wastage to a minimum.

We’ve installed a 33.3kw solar energy system at the distillery, offsetting our carbon footprint by the equivalent of planting 238 trees per year.

Ambleside Distillers produces uncomplicated, creative and innovative spirits. While always keeping respectful to the traditional art form of distilling, we as craftsmen challenge the conventional distilling mindset and focus on attention to detail in every aspect. Sourcing the highest quality ingredients, which are mostly picked and grown in our distillery garden in the Adelaide Hills. Each hand-crafted spirit encompasses its own personality, one that will have a lasting effect to stand the test of time.

The idea for a family run distillery in the heart of Hahndorf was born when Matt, moved to the UK and worked in a local pub, named The Chelsea Ram. It was at this pub, that Matt became familiar with the craft spirits industry, which made him bring his new found passion home to mum and dad. Since then, we have been building our brand, creating our spirits and sharing our passion with anyone who walks through our doors. ⁠

Ambleside first started with our small Australian made copper still, which we now use for experimental & test runs. Fondly named Doug, after Steve’s great uncle, who claimed a G&T would soothe his toothache. As for the others, we pay tribute to our humble beginnings by naming our 970L Australian made Gin still, Chelsea, and our 1250L Australian made whisky still, The Ram. ⁠

Just an 11 minute drive up the south eastern freeway and 25 minutes from the CBD.

We would love your group to visit our distillery and bookings are essential. Please note, during COVID restrictions children must be counted in the head count for bookings.

Please use the online booking platform via the ‘book now’ button above to make all bookings or contact the distillery directly during opening hours. Please note we endeavour to call all customers back however during busy service periods call-backs may be delayed. See our group booking terms & conditions for more information.

Are you
old enough?

You must be of legal drinking age to visit this website. Are you?

Get into the spirit!